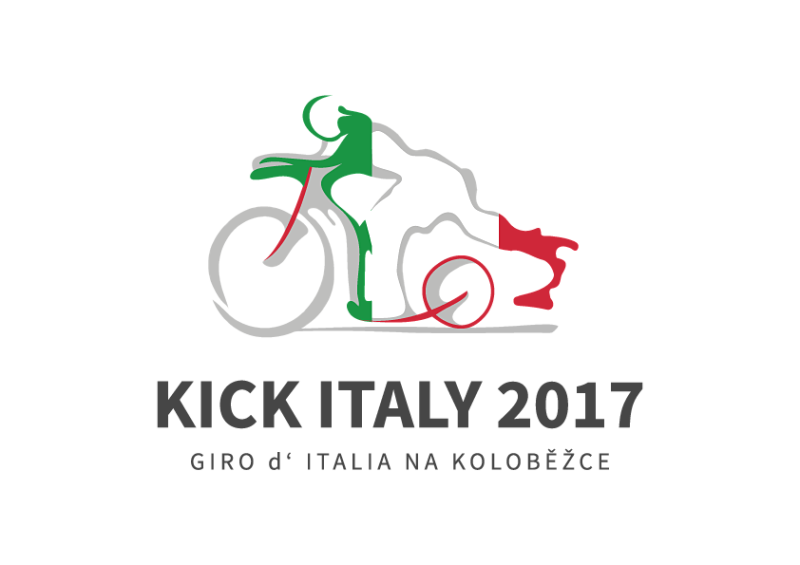 The legendary team of Czech footbikers is back! After finishing the 100th Tour de France on a footbike in 2013, they are ready to break another milestone. A younger (yet, according to their words, a lot more challenging) competition: the 100th Giro d’Italia 2017.

Imagine that you have to ride a footbike for 20 hours straight with no stopping, overcome a 5,000 km altitude difference in one day, pass through 21 difficult stages and travel a whopping 3,609 km in just 24 days. 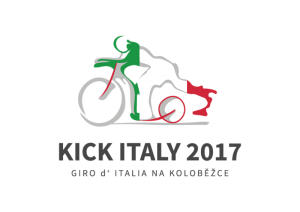 But not for a Czech-based footbike group behind the Kick Italy 2017 project, because they did it on 4th May 2017. Seven brave men with different professions, rock-solid devotion and colourful Kickbike footbikes and Yedoo footbikes. Four years after their success on another 100th anniversary of Tour de France—Kick France 2013—they are now ready to kick it. Again! 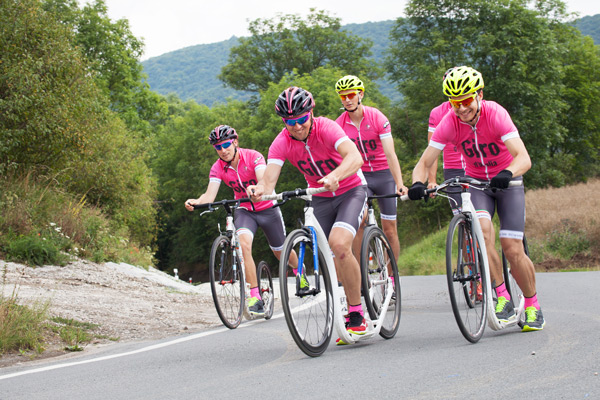 Giro is just for the brave

The first race started in 1909 to promote an Italian magazine, and has only been interrupted for the two world wars. Even though it is four years younger than its French “brother” Tour de France, it has become extremely successful.

What began as just a “small” Italian race is now an internationally known challenge for the best bike riders. Because of its hard terrain in the Alps and Dolomites, this race is known as one of the hardest challenges in a biker’s career.

Like the other Grand Tours, Giro d’Italia normally consist of 21 day-long segments over a 23-day period that includes rest for 2 merciful days. Giro d’Italia 2017 will be 3572 km long with height difference up to 5 000 km with stages up to 20 hour long. If we consider, that our guys are doing all that riding their footbikes, we should give them a huge amount of respect.

“It will be a crazy job every day: Wake up early in the morning, start at dark, come to the finish around midnight, take a nap and then again and again,” says Vaclav Liska, one of the team members. For a race this hard, they trained even harder for a long nine months, regardless of weather conditions or mental and physical limits.

Weather will be their main enemy this year. Unpredictable Italian mountains and mid-spring are the ultimate test of their preparation. They start 4th May, a day ahead of the official opening, and will hopefully finish in one piece on 24th May. 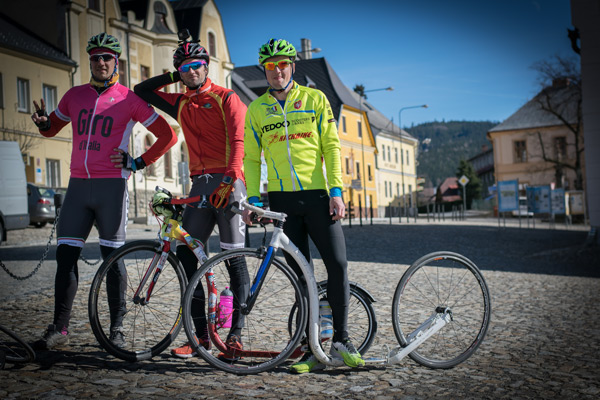 With no purpose, there is no joy. The whole project is running to overcome their own fear and raise awareness about testicular cancer in the Czech Republic and helping to treat this severe disease. If you want to know more about the team and their project, check out their website.

Kick2RideKick Italy 2017. When one challenge is not enough