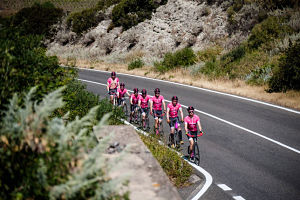 The first half of our challenging journey is almost over, and we are starting to feel tired, but more dedicated. There were ups and downs (literally) but we made it! How did it all go?

When our cruel alarm rang at 3:30 AM, we drove to Alghero to officially start at Kilometre Zero. At exactly 7:00, we stood on the starting line with other racers and we all held a minute of silence to honour Michele Scarponi, who paid the highest price for his passion and tragically died in April while preparing for the Giro.

The first 30 kilometres were like a summer breeze for our motivation and fuelled us with a lot of energy. It was a sunny day. We had to take an alternative route because the official one led through a speedway where kickbikes were not allowed. Other parts of this stage were more extreme and the wind was against us. After 14 hours and 206 kilometres, we finally dominated our first finish line. 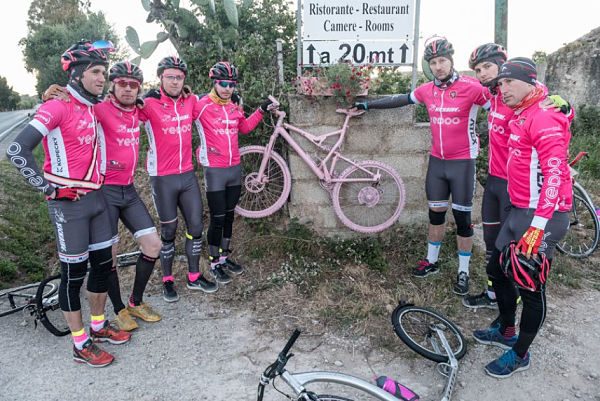 Three Sardinian stages were made of really difficult 580-km stretches and a lot of differences in elevation, and, as we expected, it was not piece of cake. The transition from the Czech cold weather to the Italian sun was maybe harder than the actual race (OK, not really) and we felt like we were constantly being roasted like a chicken.

There were a lot of difficult steep hills, long stages and a lack of sleep. Add some blistering sunburn and you’ll get the deadly cocktail we drank every day. Finally, our first day off came and it was an act of God’s mercy. We tried to recover, sleep and plan our next steps and our transit to Sicily.

After Sardinia, our path led to Sicily. In this area of mafia and great food we got lucky. Our tempo was constant and no bigger troubles happened here. We also met other competitors and had great company. After some steep hills, we finally enjoyed some downhill and had time to prepare for it. 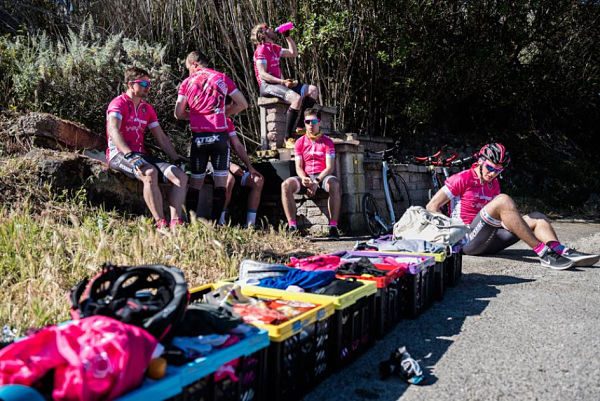 For what you ask?

For Etna, the biggest active volcano in Europe. At the base of the volcano, the temperature was 25 °C and on the top only 10 °C. It was not so pleasant, but we did it! The final camp on the top was a great place for recovery. We could get some rest and heal our sore feet. Currently, we are in the Apennine area and will report soon. Keep your fingers crossed for us! 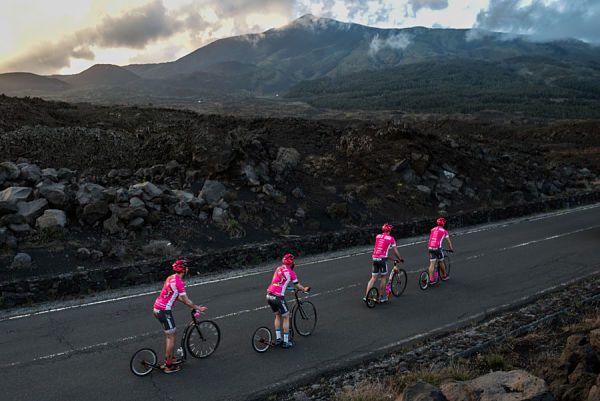